Many of you have been keeping up with the saga of my computer issue. If you have no idea what I am talking about, you can read the first part HERE. What I thought would be a simple fix turned out to be a NEVERENDING disaster. When I discovered that Best Buy had LOST my computer {and kept blaming UPS} I thought I would never have a functioning unit again. You can read that frustrating experience HERE.

Well here is the FINALE to my irritating, month-long computer drama….

After our visit to Best Buy to try to figure out what happened to our computer, I felt very frustrated that no one would A) accept responsibility for the horrid customer service and B)I felt I would never have a working computer again. My hubby decided to call the corporate office to try to get someone higher up that had some sort of decision-making authority. He had to explain the situation and the customer service rep seemed truly concerned for our dilemma and could not believe the trouble we had had. After his attempt at contacting the store {apparently they don’t like to answer phones} he promised he would contact the General Manager. The rep would not give us the District Manager’s number, but we hoped {although very doubtful} that he would actually do something to help us.

A few days later, we got a phone call on Friday and miraculously UPS had found my CPU! The new store manager, who, by the way, seemed very disinterested in helping us, called and said that UPS found our unit and was shipping it back to the store. He told my husband that the unit would return to the store where they would check for tampering and then call us before shipping it out next day air to their repair center.

How many of you think that happened?

Soooooo….we go in today {9 days after our last visit} and my husband goes directly to the General Manager. He explained the entire story {again}. He disappears to figure out what has happened and I wonder away with my fidgety toddler because I didn’t want to get too upset to hear the same-old responses we have been getting. Turns out that the unit was not shipped to the store {surprised?} but shipped directly to their repair center. {Yet, again, another falsehood from the non-communicative, non-accountable employees of Best Buy…really you’d think that they’d fix that.}

However, there was a glimmer of hope on the horizon…the GM realized that we have been on a rollercoaster trip and thought it would be best to offer an exchange for a new computer. He was not asking us to pay for a new one, we could go find one we wanted {that was comparable of course…he wasn’t going to let me walk out with a Mac} and he would let us take it home. OR…..I could wait for my computer to come back and he would let us get a new {comparable} computer and they would transfer the data.

NOW someone is thinking!!! 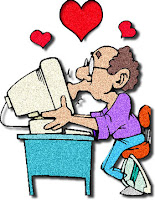 Either way, we were going to get a new computer, I just had to figure out how much the information on the old one was worth AND if it was worth the wait. I decided that I could replace the lost information and lost designs and just so I could be back online. In the process I expressed my frustration about the information I was losing and as compensation, could I get a deal on the new Microsoft Office. He gave me 50% off.
FINALLY…a resolution to the month-long issue! Someone with authority and common sense finally realized our difficulties. I walked out with another unit {which has a few more features, but I haven’t figured all of them out, yet} and the new Microsoft Office Home & Business on which I am currently writing this post. A final solution and a chapter closed with Best Buy. AHHHHHHH…………