Did you know that if you don’t watch your money closely, companies will take advantage?  No…really!

I just posted how we gave up Dish Network and found alternative programming for our household. What I didn’t describe was the pain in the rear it was to get rid of Dish! 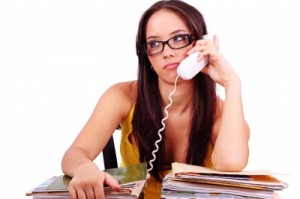 Calling up to say goodbye…

I knew when I called Dish, they were not going to let me go easily. The nice lady on the phone tried to throw all kinds of freebies my way, told me I had unused credits of over $150 {um, couldn’t have given that to me while I already paying you?!?} and tried to keep me as a customer. When she finally realized that nothing was going to change she told me I would have to send my leased receivers back at $15 per box. Yes, I had to pay $15 postage per box! Okay, I didn’t have to pay it, but I’ve been in this situation before where I try to get the postage myself and it is more of a hassle and more money. I just forked over the payment.

Originally, I wanted them to take it out of my credit I knew I was going to have, but she wasn’t going to let me get off the phone without paying ahead of time. So I did it. Should have stuck to my gut feeling and just waited.

When the boxes arrived, we had 15 days to get the receivers back to them or else we would be charged $300+ for keeping them. I packed up the receivers, but then my husband had to go out to the dish and dismantle the headlight-looking thing and pack that up, too. They also wanted another piece that was connected somewhere in the abyss of our cable panel. My husband took a guess {because nothing ever looks the same as the picture they send} and found a small piece that had the Dish Network logo on it and put it in the box. We sealed them shut and sent them off.

As I suspected, we were due money back for canceling Dish. Turns out it would have only been $5 if I had stuck to my gut and let them charge us for the postage after they received the boxes. I saw the $30.57 credit and waited a month to see if they would have the integrity to send it back.

I finally called Friday and talked to “Sam.” Sam sounded like he was sitting half a world away and I knew I was not going to have much luck having him understand the intricacies of how companies try to keep my money. I went through the explanation once and, as suspected, he insisted that the money was for the labels I had prepaid. I immediately said, “Okay, thank you!” with the intention of hanging up and talking to another rep.

If I got paid $30 every time I use my time to call a company, I’d be calling more than one company a day! Nice try, Sam. Your company owes me the money, that is why you are sending me $30.

It’s such a pain to watch my money, but if I didn’t, I wouldn’t get it back.  Now, I have to wait…again…to see if it actually shows up. *sigh*

How long would you wait?