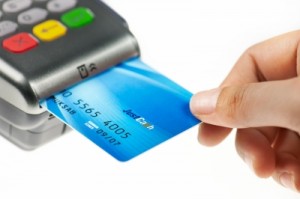 Today’s post is in honor of our stupidity. Over the last 17 years of marriage, my husband and I have made some pretty dumb purchases that make me shake my head. Now I am sharing our stupidity with you so you can avoid some of these mistakes! Enjoy!

We were broke newlyweds lured by the promise of free food if we watched a presentation. After 40 minutes {and no food} we were dreaming of the discounted vacations we would have every year. We only needed $800 to join the club! {After trying to book simple airline tickets with no luck, I got our money back-Phew!}

My husband got me a beautiful loose, oval sapphire before we got married. I searched for the perfect gold setting. One day, while shopping alone, I found a jewelry store doing settings for a discount. I spent $350 for a custom gold setting. After spending the money {probably via a credit card} I immediately had buyer’s remorse. I tried to justify my purchase, but ended up in tears on the phone to my new husband confessing the purchase.

My husband gathered with some friends for a fun photo shoot. Because they were portraying outlaws, he thought a pipe would be a perfect prop {he is an actor after all}.

The $6500 Sectional and Ottomans

We were finishing our basement and were making a home theater. I “thought” we were buying a large screen TV, but ended up purchasing a projector and screen. I was miffed that we didn’t do what I “thought” we agreed on. In my anger, I found a beautiful sectional and 3 storage ottomans at Bassett Furniture and bought them {on credit}.

We had a friend who was very successful in real estate investing. He told us of an investment opportunity with high dividends. We looked at the property, discussed the pros and cons and went in on the investment. After we handed over the check I ended up having second thoughts with borderline panic attacks. We immediately requested out of the deal. It took a month to get our cash back {Phew…again!}. Good thing we backed out. The real estate market took a dive a few months later.

My husband purchased a remote controlled pterodactyl {flying dinosaur} at a garage sale. After flying it around our neighborhood for a few weeks he purchased a small RC plane. After he wore that one out, he decided to purchase a big RC plane. He assembled it, flew it, went to the hobby store and practiced with their simulator RC. He crashed it a few times, but repaired it. Then one day it dive-bombed to the ground. After one expensive body replacement, he realized the hobby was too expensive to maintain.

When we were in the military, there was a company called First Command that “helped” young soldiers set up their life insurance policies. Unfortunately, if you don’t know the difference between Whole Life and Term Life insurance they will inevitably sell you Whole Life since they get a higher commission. {They also show you a lot of data to “prove” why Whole Life is the better choice. It’s not!} For 5 years we paid $250 a month for a Whole Life Policy. When we discovered our ignorance with Dave Ramsey’s help, we canceled the policy immediately and now pay $90 a month for Term Life for 10x the coverage.

We had been wanting a freezer chest for a while, so when a friend {who was about to be foreclosed on} told us he was trying to sell his freezer chest we jumped at the opportunity. Unfortunately, when we got there, it wasn’t the little square freezer I wanted. It was the older HUGE freezer that sucked up a lot of energy. Because our friend was desperate to raise cash and we wanted to help; we bought it and put it in our garage. We never filled it because it was so old that it stunk and ended up getting it hauled away a few months later. {We should have just given the guy $90 and told him to keep the freezer.}

A relative was selling a bunch of old stuff in preparation for a move. In that bunch was some scuba gear from the early 1980s. My husband loves scuba diving but he never had his own gear.  The thought of having his own gear was extremely enticing to him. Now, with two young kids {and eventually one more} and a wife who does not scuba dive, how often do you think he would use that gear? Add to that the logistical and financial cost of getting the gear working again, and the answer is never. But hey, who can turn down $75 scuba gear? We should have.

My husband was looking into starting a workout routine and a new Lifetime Fitness opened up near his office. He took a tour and was impressed with what he saw. He encouraged me to take a tour with him and the rep pointed out the “Free” childcare. I was hooked.I was 6 months pregnant and exhausted; any childcare was appealing. Add the waterpark-sized pool and we signed up. After only 3 visits by me and the kids to the pool {it was a 20-30 minute drive to get there} I started taking the kids to our neighborhood pool. I never got to use the exercise equipment because I was pregnant and only used the childcare once {to get a facial…which I had to pay for}. One year and over $1000 later we stopped the membership. {Dumb. Dumb. Dumb}

All these events have one thing in common…they were ALL emotional purchases. In every single one we made a decision based on our excitement or how we felt. We didn’t have a plan for any of them! We were fortunate to get our money back on some of these purchases, but we still lost quite a bit. If we had taken our time and let the emotion pass or calm down, we probably could have made a better plan. Instead, some of these purchases took quite a while to pay off in our journey to being debt free.

Now when we are thinking about a large purchase {*cough* Dyson *cough*} we wait, research, compare, and save. We do our best to not purchase anything with our emotions. Believe me, it’s not easy to do. With practice it does get easier. But there are still days that my heart starts to race, my palms sweat, and I just HAVE to have that Iced Caramel Macchiato from Starbucks. Then I go up, order my $5 drink, and take the cash from my Fun Money envelope that we allot to ourselves every week. See…planning.

Come on…’fess up… I want to hear your past dumb purchases!