Oh the Joys of Traveling! 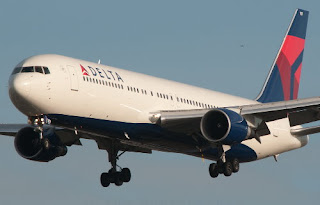 It has been a loooooong time since I traveled by myself. This last weekend was a first in many, many years. The last time I flew anywhere; I was 9 months pregnant and traveled with my other two children by myself. It’s definitely much easier to travel alone. I used to do it all the time when I was a flight attendant, however, there were still some things I forgot.

One of the things that I forgot to do {and got really mad at myself} was to pack a snack. I had had my usual breakfast and am not typically hungry until late afternoon. For some reason, when I arrived at the airport, I was unusually hungry. I recognized the symptoms of a dropping blood sugar level that would either leave me with a severe headache or become very grouchy. I walked to the nearest shop closest to my gate and bought some Twizzlers. {Why, oh why, are the healthier items like trail mix twice as much?} I ate a six a few pieces and boarded my first flight. Got some nuts and water on the plane and then landed at my first stop {free ticket usually means connecting flight}. When I arrived at Memphis, I was shocked at how hungry I was AGAIN! This time I had an hour layover and plenty of time to eat. Let me tell you, I had a very difficult time making the decision to buy lunch.

Why?
First, because I am SO cheap and second, I didn’t want to stand in the long lines. I knew, once again, that if I didn’t eat something with more substance than Twizzlers, I’d be a mess by the time I arrived in Chicago. {Driving in rush hours on an empty stomach is NOT what you want to do in Chicago.} I found a food place that had no line and got the cheapest meal on the menu: cheese pizza. Healthy, huh?

By this time I was REALLY kicking myself for forgetting to bring food because that little meal alone {pizza AND bottled water} cost me $10!! Unbelievable! What really upsets me is that I used to be a flight attendant {did I mention that already?}, so I know how expensive it is to eat at the airport. Oh well, lesson learned and I paid for my lack of planning. Literally.