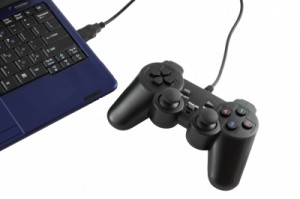 Unbelievably, the month of March is almost done! Honestly, I cannot wait for the next month’s challenge that Bushel and a Peck has for us. One word…PURGE!

First, apparently the game I was addicted to is not called Frontierville anymore, but The Pioneer Trail. Guess they couldn’t figure out what to name it because this is the third name change it has had.

Second, I haven’t completely kicked the bad habit, but I have GREATLY lessened my playing time. I did play it twice in the month. That is a massive improvement from everyday.

Third, my productivity has improved greatly. Rather than playing games, I have worked on a few websites and WordPress blogs. I’ve also increased my blog posting by being a guest post on my husband’s blog Acting Career Info.

I learned that the game isn’t as interesting as it was when I started. I think because I spent so much time away from it, the “tasks” it gave were too much. I was not able to accomplish anything, thus feeling like I was wasting my time. It became much easier to shut it down and do something else. I also realized the power of hiding things in Facebook. I realized when I hid the game from my newsfeed I was not tempted to go play the game. The old “Out of Sight, Out of Mind” adage was true.

I’m really glad Christie came up with this challenge. I needed a little kick in the tush to get myself off the game-playing track and onto other, more productive things. I also felt like when I took a break from being all things mom, that I was more rested if I completely unplugged rather than heading to the game.

Overall, this is a great challenge if you want to try it sometime! It might be the boost you need.