Hanging Out With People Who Spend Money 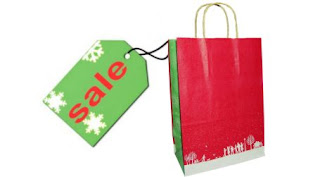 I was reading through my blog list and stopped on one financial blog where the blogger talked about hanging out with a friend who spent a lot of money on one of their outings.

It got me thinking how other people’s spending habits can influence your own. For me, I am pretty frugal when it comes to shopping. I am not easily swayed by what someone else is buying. If I go shopping with a group of ladies, I would not buy something just because they told me to get it. Some of you might be thinking, “Well, duh!” But there are actually people out there that buy things because someone else gave approval on an item.

I was once told that I was the an unusual woman because I don’t seek the approval of others.

This person continued on and said that most women get their validation on their decisions by having others approve either verbally or by imitation.

What?!? I’m supposed to feel good about my own decision because someone else told me it was a good decision.Ummm…o-k-a-y…

Maybe I’m weird and all, but I decided a looooooooong time ago {high school} that I don’t need anyone’s approval except from my God and my husband {didn’t have a husband in high school, but you get what I’m saying, right?}. I am pretty confident about the decisions I make in my life and if someone doesn’t agree with me, I’m okay with that.

Some people call that self confidence?

If I were to spend the day shopping with people who have money to spend it wouldn’t bother me. They can spend whatever they want and I’ll spend whatever I want {which is never much}. The only thing that would make me feel bad is if the spender was flaunting their wealth in my face by acting as if I were beneath them. {And I wouldn’t feel bad, I’d probably just get angry because who would want a friend like that?}

But there are women out there who will spend money because their friends are spending money. I wonder if they are thinking to themselves, “If I don’t shop like they do, or if I don’t like what they like what will they think of me?”

Here is a scenario I witnessed and I think I had to pick my jaw off the floor because I thought I was in high school for a fleeting moment.

Scene: A boutique store with overpriced, trendy items. An ugly top hangs on the “sale” rack. Woman 1 spots it and shows it to Woman 2.

Woman 1: Okay. [woman 1 tries it on and is frustrated that it doesn’t fit]

Woman 2: [Admiring herself in the mirror]Oh my goodness! This is the cutest top! I think I might have to buy it.

Woman 1: I am so jealous that it fits you! Look how good you look in it! I would totally buy it if it were in my size. [She says this with mock jealousy and obvious approval]

Woman 2: [Glowing from affirmation from Woman 1] I have so many tops, I really don’t need this one, but it is cute!

Woman 1: I would so buy it in a heartbeat if it were in my size. It looks so good on you!

Woman 1: I will be so mad if you buy it! [Said in a mock tone] But you do look great in it! Man I’m so jealous that you are so tiny! I never can find great things in my size. You should get it.

[Woman 2 admires herself in the mirror for another 20 minutes while Woman 1 continues the positive comments.]

Woman 1: You should! I totally would!

Yes, this sounds crazy. You may think I am making this up. I kid you not, this is what happened! I was floored by the whole exchange.  For a minute I thought I was watching the Real Housewives of Atlanta! Woman 2 had a solid 20-30 minutes of affirmation for her body type, her trendiness, her taste in clothes, and her need of this item. And although she admitted she had a lot of tops and didn’t need anymore, but was flying so high on the ego boost she bought the overpriced, ugly top!

I saw first hand how someone can influence another person’s spending. Whether or not Woman 2 was aware of the influence, I don’t know. I also wonder if the other woman did not approve or like the top would Woman 1 have bought it anyway?

It was clear to me that if you don’t have your spending boundaries in place, you can easily be influenced by someone else’s opinion without realizing it.

Do you have any stories similar to the one above? If so, I would love to hear it!