Why I Will Never Do Elf on the Shelf

If you haven’t heard about Elf on the Shelf

you may be child-free or living under a rock. In the last few years this little phenomenon has become so popular that whoever came up with the idea is probably a very wealthy person by now.

I first heard about it from my sister-in-law. The elf comes to the house on December 1st and shows up in odd places. He (or she) watches the behavior of the children and then reports that behavior to Santa every night until Christmas Eve. Then the elf does not reappear until the next year.

I thought it was a cute idea, but knew I would never do Elf on the Shelf and here is why:

The Elf is Creepy Looking

Did you notice the picture at the top of the blog?!? This little character is a bit…umm…odd looking. He’s downright creepy!

When my two older children were little, they would sleep in our room on Christmas Eve because the thought of a big, fat man coming down the chimney scared them to pieces! When my oldest was 5, we went to the mall to get pictures with Santa. She did not want to be anywhere near him. So we had her sit on a bench and took her baby brother through the line. When Santa got up to stretch he happened to catch her eye and she began screaming and running to the entrance of the mall.

A creepy, looking elf would not be a pleasant experience in my house.

As a very busy mom, I don’t have the time to remember to move an inanimate object every.single.night. A few years ago I stumbled on a blog post where the mom could not remember to move the dang elf, How Matt and I Failed at Elf 101. It was a funny, yet honest post.

Over the years, it seems the pressure has increased from just remembering to move the elf to what mischief the elf is getting into. In the last few days I have been seeing pictures on Facebook of the creativity that many people have. All you have to do is type in Elf on the Shelf in Pinterest and you have ideas galore. Just look at few I found: 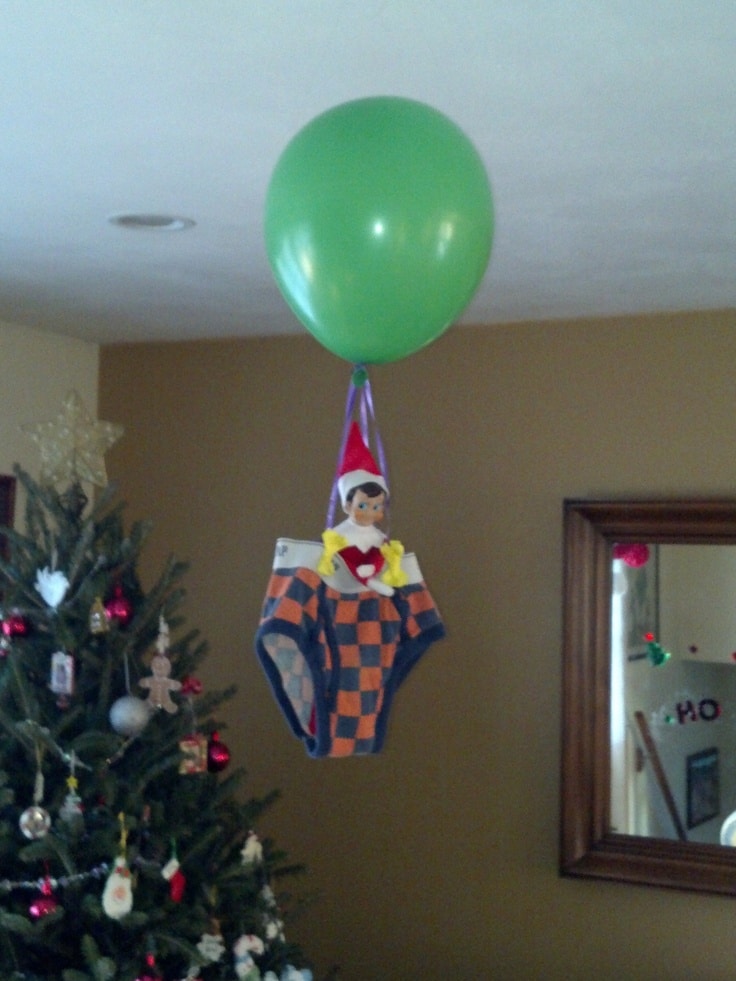 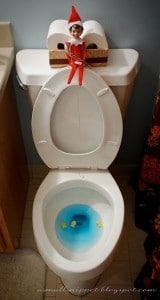 Funny, right?!? Not only do moms have to remember to move the elf, but now it’s all about the creativity aspect! It’s like a competition of whose elf is the most mischievous. As a mom, I definitely don’t need the added pressure to try to keep up with other moms and their elfing ideas. (Fortunately, I’ve always been the type of girl who doesn’t try to keep up with anyone.)

When I first heard the goal of the elf, this was my internal thought, “Ummm…shouldn’t they have good behavior the entire year?”

An elf should not help with behavior at all! I, the parent, am responsible for teaching my children proper behavior the entire year…even when it’s getting close to Christmas.

Besides, you are expecting your children to behave and act properly in order to be rewarded, but the dang elf is making a freaking mess of things! How does that double-standard work?

Yes, that is exactly what I want my children to learn. That you can expect things, yet not model them out yourself.

The Meaning of Christmas

Yes, it is a cute idea and I understand it’s all about the fun and excitement of Christmas. But ultimately, in our family, we don’t push the Santa idea with our kids. We let them experience the joy and imagination that goes along with Santa until they ask us for the truth. To do the Elf on the Shelf would be one more distraction from what we DO want to teach our kids about Christmas.

For us the real meaning of Christmas is that a KING has been born and we celebrate HIS birth. We teach that we need to be more giving to others during the Christmas season. We try to teach our kids that it’s not all about us, but about others. There is already One who watches over us always, not just for a month out of the year.