Cash Only Vacation: The Result! 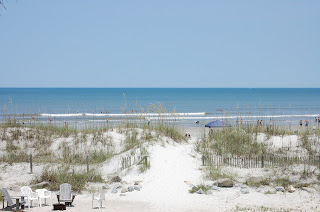 Can a family of five take a nice vacation using only cash…YES!!!

All right, I’ll be honest; this is the second vacation we have taken where we used only cash. However, this is the first vacation where we were on the Dave Ramsey plan. I have many thoughts about vacations and being financially responsible that if I were to go through it all, this would be a LONG post. The focus for this post will be on the savings.

In 2008, I was pregnant with our third child and we decided to take our two children to Walt Disney World. This would be the first time we had EVER done this.

(Personally, I am not a big fan of visiting WDW because I felt like I had been there so much growing up. I am the type of person that likes to visit and explore new places for vacation. I know…how could I NOT want to visit WDW…I’m such a heathen!)

Now, because that rat in Florida can sure drain your cash fast, we had to figure out a way to make the trip without taking out a second mortgage.

The first thing we did was ask my parents if we could stay in their timeshare. I’m sure Dave Ramsey is vehement about getting into timeshares, but they sure come in handy for relatives of those that invest in those things.

The second opportunity came when my hubby got a complimentary spot in a charity golf outing for the YMCA. While he was there, the organization had an auction to raise funds for their summer camps. One of the packages up for bid was four one-day parkhopper tickets to WDW. He bid $200 (about $300 off retail price) and won them! We saved those tickets for us adults and bought our children their tickets at the park.

Because we were staying in a timeshare, we decided to have breakfast every morning at the condo. If we could have a lunch or dinner there, too, it was a bonus.

Days before we were to arrive at the timeshare, we discovered that there was going to be a shuttle launch. We ended up using my husband’s Marriott points for two free nights to be able to take our kids to see that spectacular show.

For that entire trip (a total of 9 days), we only spent $2000 for our family of 4. We came home and the vacation did not follow us!

(And for the record…seeing my children experience Walt Disney World for the first time really made it worth the trip!)

Now to the recent trip to St. Augustine Beach…

When we started planning this trip in July 2009, we were not on the DR plan. My husband’s brother’s family (did you get that) visited there in 2009 and thought it would be a great idea to invite the entire family for 2010 (a total of 7 adults and 8 children). It turned out to be only 5 adults and 6 children because one family of 4 couldn’t make it. Because we had already agreed to the trip and were splitting the cost of the rental, we knew it wouldn’t be fair to back out of the trip.

We rented a house on the beach for a week. This house was a great location, had plenty of rooms, and a good sized kitchen. It also had a pool and a hot tub and was steps to the beach. Our cost to stay at the home was approximately $1500 per family. At first I was a little stunned by the price because I was able to stay at a timeshare for free, but when I realized that most of our activities would be on the beach and not at a high-priced amusement park it was easier to accept.

Also, because we had a nice kitchen and an outdoor grill, we went grocery shopping to feed the family of 11 (four of them being young, growing, hungry boys). We saved a HUGE amount of money eating at the house every night, not to mention that we ate better food. The entire group did eat out one night and then there were other times we would break up and eat meals elsewhere, but we mostly ate at home.

In the end, our food bill for the week was only $400 total! For the entire trip, lodging, food, travel we spent a little more than $2100. We actually came home with cash and once again the vacation didn’t follow us.

Now, my hubby and I experienced some years where $2100 was an impossible amount to accumulate, let alone spend on a vacation. If that’s you right now, know that the dollar amount is not the important thing, the saving and avoiding debt is. There are lots of vacations to be done on smaller budgets that are a ton of fun. So be creative – you can do it with cash.

It feels good to come home and the only worry I have is when I will get all the laundry done. There is more that goes into saving during a vacation, but that will be in another post. It stems from a conversation I had with my husband. So look for that one in a few days…

Hope you are having an enjoyable summer so far!