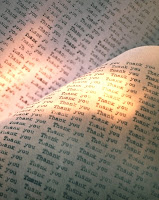 During this challenge I thought I would be the one showing giving and thanks. To my surprise, I have been on the receiving end of giving in ways that I never expected.

Yesterday, I had an unexpected emergency and my husband had a meeting two hours away from home. I had to think quickly how to have my youngest cared for while I dealt with the emergency. I called one of my friends from our church small group and asked if she wouldn’t mind taking my toddler. She quickly responded with, “Want me to come get him now?” Without hesitation she not only offered to come and get him, but then she told me that she was going to make us dinner and send it home with him.

I was momentarily speechless.

I normally shy away from asking for help because past experience has shown me that there are many people that are unwilling. The last time I felt a person’s genuine desire to help {without expecting something in return} was with my husband’s second cousin.

About 4 years into our marriage, my husband was enlisted in the Army. He had been selected into a program where they sent him back to nursing school to finish his degree and then he would become an officer. In December of 1998, we moved back to our home state and I was 9 months pregnant with our first. My parents had moved out of state and we didn’t have much family close by. We were living on an enlisted salary {about $1200 a month at the time}. My husband was not allowed to have a second job and I obviously couldn’t work. We were living paycheck-to-paycheck barely able to afford food.

After our first was born, I had to go back to work. Prior to moving, I worked as a customer service agent for United Airlines. I didn’t make much money and I realized I would have to change positions in the company for our family to make it. I had been a teacher before my husband enlisted in the military, but getting a teaching job for such a short time period was impossible.

I ended up becoming a flight attendant. I took a Friday-Monday shift so that we only had to figure out childcare for two days a week. Our saving grace was this second cousin who offered to take our daughter every Friday and Monday. When I asked her what we could pay her, she wouldn’t take anything from us. {That was such a blessing because we were so broke}. For almost two years she took care of my daughter when I was gone! If we got into a bind she was there to help. When my husband had to go to training for 4 months and I was parenting alone while trying to prepare for a military move, she was the only one who helped me out.

She had a genuine desire to serve.

Fast forward 10 years later and I am blessed to be surrounded by friends who are there to help in a moments notice. We live near my parents who are always willing to help when they can, but if they are not available, I can turn to my friends. Yesterday was one of those days. My friend was there when I couldn’t find anyone else. She willingly took my son and then gave me a great gift of dinner knowing that I would be exhausted after being tied up all day.

I ended up being the receiver of someone else’s giving and there is not enough thanks for it!