Teaching Finances to Children ~ A Phenomenon

Last August, I wrote a post about Teaching Finances to Children. It was one of my most popular posts on this blog. I wrote it after observing some situations where parents just gave and gave and gave to their kids because those parents felt their kids should have everything. At least that’s what I assumed they felt. Interestingly, it has become clear that the real reason parents like this give their child everything they want has nothing to do with the child and everything to do with them. It comes back to a common reason people overspend in general – keeping up with the Joneses. I believe these parents are not consumed with spoiling their children so much as they are consumed with how they appear to others. Like themselves, it is important their children ARE the Joneses that everyone wants to keep up with. Such brash materialism is rarely tolerable to one’s conscience. But it is much more tolerable when it is veiled by the guise of the virtuous duty of providing for your children. You can recognize the veil when the obvious spoiling is justified with statements about refusal to deny their children things they did or didn’t have.

People may think we are mean parents because we require our children to earn the money and pay for certain things they want. I have discovered that if you allow children to experience work, earning, goal setting, and reward they will learn the real lesson of accomplishment – the lesson of pushing through adversity, delaying gratification, and earning a reward. Here is a recent example of this phenomenon:

My daughter has wanted an iPod Touch for the last 6 months. She would ask us to buy her one and we would respond, “Well, save your money and you can get one.” She didn’t like that one bit. Part of the reason is because she had friends who had such devices, purchased by their parents. I’m sure she thought we were the meanest parents on the planet. Guess what, despite our refusal to buy her an iPod; she didn’t start saving for it.

Christmas was getting close and she once again asked for an iPod touch. I looked at her and said, “Well, we have planned for Christmas and have budgeted $200 each for gifts, if we buy that for you that is the only present you will get. Do you still want one?” She said she did not – the sacrifice of the remainder of her Christmas list was too great. The realization finally sunk in that we were not going to buy her an iPod touch. She decided to start saving for it.

My tweenager is a smart little girl. She realized that for Christmas and her birthday (which is 3 weeks after Christmas) she sometimes will get money from grandparents. She decided to start saving whatever she earned from doing her chores and whatever cash gifts she received. She did not hesitate to let people and relatives know she was saving for her iPod and always responded with “Cash, please” when asked what she wanted for Christmas and her birthday. She also had the opportunity to earn some extra money from doing some admin work for a neighbor. It was boring work and she might have shrugged it off had her goal not been set. Her dad even took her to different stores to price check and find the lowest price so she knew exactly what she would need in order to purchase the iPod. 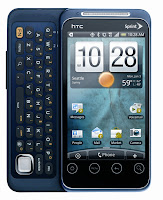 Her birthday was this past Monday and after receiving all her gifts and totaling all her earnings, she had saved almost $300 – much more than she needed! Yesterday, after school, we went to the store to get her iPod. When we got there we had a little surprise she was not expecting. Her dad and I had discussed adding a phone onto our family plan for her. There had been several incidents where I was running late to pick her up from school. If she had had a phone, I could have contacted her and told her what to do. So, at the store, I took her over to the mobile phone area and said that if she purchased a phone, she would save money {a cell phone is much less expensive than an iPod Touch} and it would have texting and email like she wanted. She was a bit confused, but I explained that we would add her to our plan and she would be responsible for the phone purchase and the activation fee. Her eyes got big and she became very excited at the prospect of having her own phone. And not just any phone…a smartphone which she had enough money to buy herself! She decided to purchase the new HTC Evo Shift. I have the HTC Evo and she really likes it, but the Evo Shift has a slide out keyboard which she prefers over on-screen typing.

Not only did she learn the value of saving, she found that when she focuses on a goal with passion, she will likely exceed her goal! Those lessons along with her excitement and sense of accomplishment for being able to buy her own phone have been priceless! I know she will take care of this phone because she spent her own hard-earned money on it.

I wonder what she will save for next. I’m afraid the answer might include something with four tires.