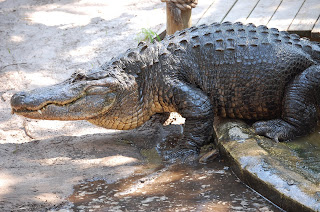 What was your first though when you read my title? One thought could be, “I’m on vacation…I’m not going to think about that.” Another one may be, “YES! Tell me how!” If it’s the former, you probably haven’t had that feeling of coming home with extra cash after a vacation. Trust me, it’s exhilarating.

For our trip, we saved a designated amount and took it all in cash. When we got home, we deposited $250 back into the bank. I was thrilled to come home with money. There is a sense of peace knowing that you handled your money well. So what did we do? Well, I’ll tell you the practical things we did in this post. My next post will tackle a touchy subject about money which became a great discussion between me and my husband.

Practically speaking we looked for deals.

First, we hardly ate out. When we did the grocery shopping at Publix, we took advantage of the Buy One Get One free deals. We were fortunate that many of the items we were feeding our family that week were in that deal. That also meant that we probably had to forgo usual brand loyalty for certain items. We also took advantage of purchasing meat in family packs (we had a family of 11 to feed). My husband and I spoke with the butcher at the grocery store and he recommended the good cuts of meat that were on sale. The home-cooked meals were fresh and absolutely great because the adults all pitched in with cooking different “specialties” making it a great variety.

While we were there, we also discovered a farmers market that had fresh fruits and veggies for much less than if we had purchased them at the grocery store. Can you say fresh salsa?!?

Because we were on the beach we obviously took advantage of that free activity. But there were some days we decided to do other things. One of those activities was strolling through the city of St. Augustine. There were great shops, eateries, and historical landmarks. This is where we treated the kids to ice cream and where they found some inexpensive souvenirs.

While shopping, my husband found some sunglasses that he liked and needed – we were in Florida after all – and they were less than $20. Then my son decided he wanted to be like dad and get a pair. I said, “I don’t think so, Bud, you’ve already got a pair.” The sales lady was quick to offer half price on his sunglasses making them $2.50. I also asked for discounts at some other shops. They were all small, privately owned stores that could bargain if they wanted to. It was easy. I think they realized that just down the street there was another store that carried the same item so if they wanted my money, they lowered the price.

We also obtained a free map of the city which included coupons to different stores and restaurants. One of those coupons was a $1 off for the Alligator Farm. A dollar is not a lot when a ticket is $20, but, hey, a discount is a discount.

Surprisingly I did not have to use that coupon at the Alligator Farm. We received a 10% discount because my hubby is a veteran. He didn’t have his military ID on him, but she gave it to us anyway. That was a very nice surprise. I’m thinking he’ll have to dig that ID out and keep it on him.

On some of the evenings we made s’mores, hunted for crabs on the beach, or just had the kids swim in the pool. By 9PM they were all worn out and in bed and the adults could just sit and relax.

If I had more time, I would have loved to drive around the area more to find other activities. But when there is only a week and with 11 people, that can be a bit difficult.

Those are some of the ways we saved money. Our biggest cost, aside from the food, was the Alligator Farm. However, we just looked for deals and discounts and even asked for them. It may take a little practice at first, but it’s a bit like a treasure hunt after a while. And you will be shocked at how easily shopkeepers give you the discount, if you just ask. It’s like a game that we didn’t know we could play!