I’ll Never Forget…but I Wish I Could 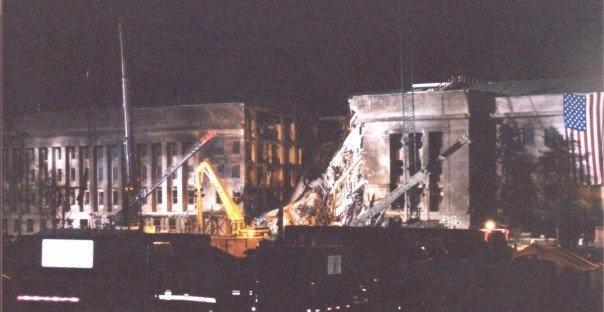 I almost forgot until last night. As I took a quick peek at Facebook right before going to bed, I stumbled on a few statuses that reminded me what today was…September 11th.

I’ll never forget the gorgeous morning with the blue cloudless sky as I hopped into the airport van with my husband and two year old daughter.  Driving through Washington DC, I couldn’t help but notice how green the trees were. The colors were so vivid that morning that I kept commenting how gorgeous everything looked.

I’ll never forget the excitement of getting ready for the first getaway with my husband since the birth of our daughter. He was on the Army Nurse Corps color guard team and they were requested to be in Florida. The plan was for me to fly to Chicago to meet my mother to drop off my daughter and then head to Florida to be with my husband for two whole days! He headed off to his flight and I boarded my United Airlines flight…it was 8:45AM.

I’ll never forget sitting in first class with my daughter. As I was getting her settled I noticed a fellow passenger listening intently to the cockpit chatter on his earphones. Our plane pushed back from the gate and we headed to the runway. As we waited the passenger turned and said, “A plane hit one of the twin towers.” I just looked at him and wondered why a small plane was flying so close to the buildings. I assumed it was a small two-seater plane…it was 9:15AM

I’ll never forget taking off from Reagan National airport and looking out the window to see the sleek, simplicity of the Pentagon.  It was one of my favorite views. It was 9:25 AM.  Only 15 minutes before it would be hit.

I’ll never forget the change in the flight attendant. You see, I was a flight attendant so I knew the routine. Even though I was just a passenger that day, I could tell something was not right.

I’ll never forget the passenger in front of me getting up and putting on his security badge and walking to the cockpit.

I’ll never forget locking eyes with the first class flight attendant as I got up for the 100th time for my newly, potty trained daughter to use the facilities. His eyes were filled with disbelief as he suggested staying seated for the remainder of the flight.

I’ll never forget the captain announcing over the intercom that there had been a terrorist attack and we were diverting to Cincinnati. A terrorist attack? Where? What did that have to do with our flight?

I’ll never forget walking off the plane in Ohio and the gate agent telling the ladies in front of me, “You know the twin towers in New York? They no longer exist.”

I’ll never forget hearing her in shock when I finally got through to her. She just kept repeating, “The board says your flight is on time.”  As a flight attendant, I knew that people in shock need to be told what to do. “Mom, I’m not going to Chicago. Mom…Mom…Mom…Go to your car and drive back to your hotel. Call Fred [my brother] and tell him to stay with you.”

I’ll never forget the chaos, the questions, and the confusion at the airport as people tried to figure out what to do. I still did not have all the details of what occurred. I just focused on getting our bags and not losing my daughter in the crowd.

I’ll never forget the brief phone call from my husband, the relief in his voice. I did not understand it because I was trying to hold myself together in front of our daughter. I was still unaware of all the details. That was okay. I needed to focus. I needed to take care of my daughter and find a place to stay.

I’ll never forget getting into the hotel room and finally seeing what everyone else had already seen.  Not believing that what I saw really happened. The shock finally hit. I just stood there motionless watching the footage over and over. I knew at that moment our world had changed.

I’ll never forget my husband’s voice as he told me that he drove past the Pentagon and saw the damage. How he was scared that we had been on the United flight that went down in Pennsylvania.  I knew then I had to get back home.

I’ll never forget the 10 hour drive back to Washington DC. I prayed the whole way that I would be able to make the trip safely with my active two year old. I remember the stops along the way. People were nicer. People were more helpful. We had a kinship because of a tragedy and for a little while we all loved each other.

The days after 9/11 are a blur, but the actual day is crystal clear in my memory.

I wish I could forget. I wish I could take the melancholy that I feel every year on this date and make it go away, but I cannot. I had a close-up view of history that has imprinted in my mind and in my heart. That is why I will never forget.