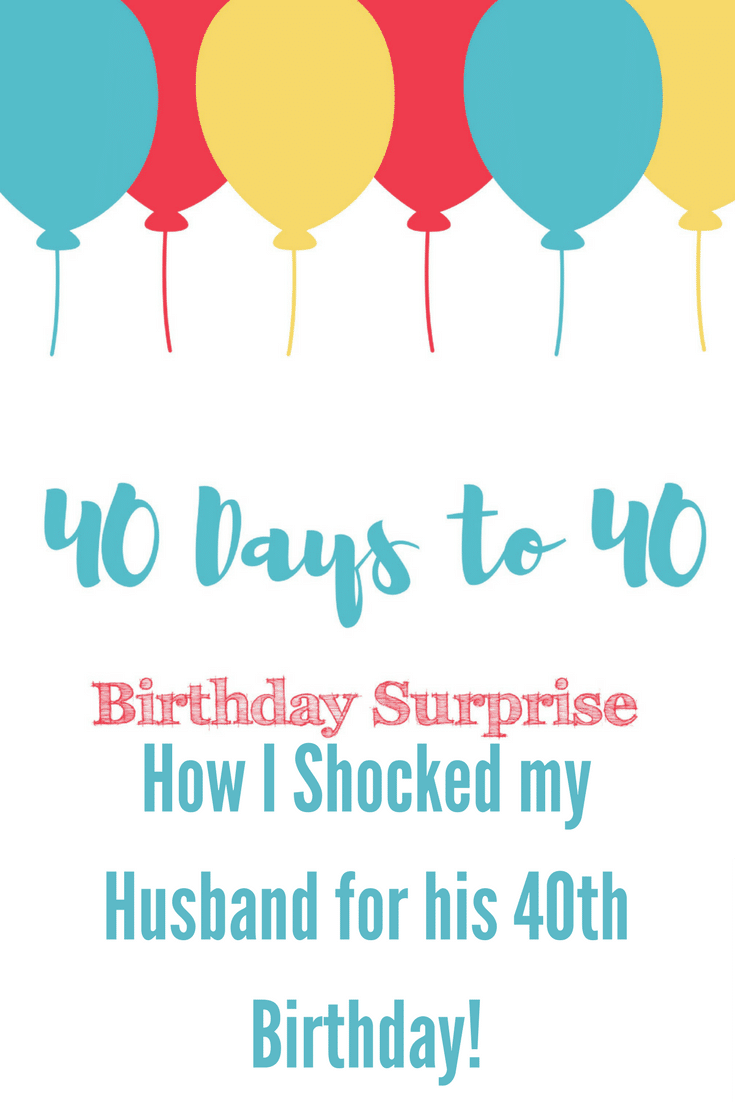 Have you ever had to come up with an idea to celebrate a BIG birthday milestone?

40 days to 40th birthday was my creative gift to commemorate my husband’s 40th birthday.  {I won’t mention the fact that I turned 40 as well…wait you didn’t read that!} I decided that I was going to make it an event to remember! I mean, you only turn 40 once.

In May, I set up a secret email address and warned a bunch of his male friends that I would be asking them to write a letter to my husband for his 40th birthday. The initial idea was to collect 40 letters and bind them in a folder and present the gift to him on his actual birthday. What I didn’t plan for was that typically men are not the letter-writing type of folks.

I had only received a few letters and realized that I might not be able to pull off the 40-letter-gift idea. I decided that I would present him with a letter or a small gift every day until his actual birthday that is how the 40 days 40th birthday was born. Fortunately, my husband had to go away on a week-long business trip so I could prepare everything without him discovering my stealthy plans…mu ha ha ha…

I looked all over Pinterest to see if anyone had done anything like this before so I could get ideas on how to carry it all out. I did find a blogger whose husband did something similar for her 40th. {Can we say HUSBAND OF THE YEAR?!?} However, I was in search of some printables for the actual countdown. I eventually had to make my own. 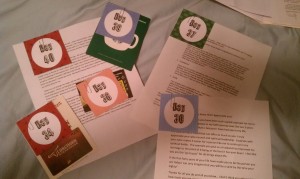 On the back of each numbered day, I put a little message of thankfulness or gratitude to let my husband know how much I loved him. I also went out and bought a few gift cards, scratch offs, and other little items to give on certain days. Then I put all the days with a corresponding letter or gift. 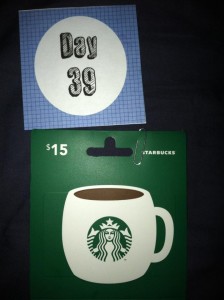 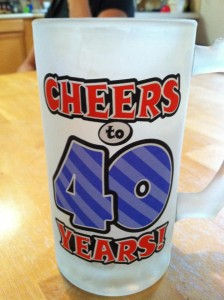 After all that planning and prepping and giving, I realized that 40 days goes by pretty quickly when you don’t have any idea what to do on the actual birthday. My husband had mentioned scuba diving a few weeks prior to his birthday, but I couldn’t figure out how that was going to happen since we live 4 hours away from the ocean. The last time my husband did a dive was when he got certified in 2008. Needless to say, neither of us planned on him doing anything underwater for his birthday.

I decided to Google “scuba diving in GA” since we do live near a large lake. What came up surprised me and would shock him! Again, he went out of town on business and I prepped for the BIG day.

Originally I was going to write him a loving letter and then give him his gift, but then I had seen a creative idea of doing a candy board. Basically, you write your letter/note on a big poster board while using candy to replace words. Here is what it looked like: 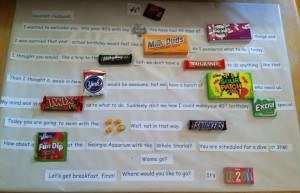 At the end of the message, my husband found out he was going diving at the Georgia Aquarium to swim with the whale sharks! 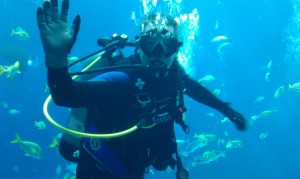 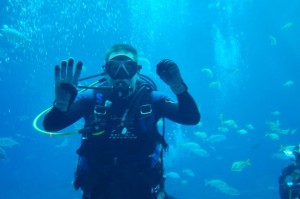 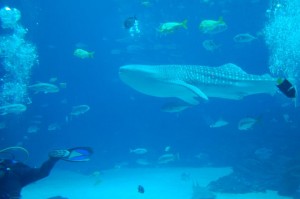 Those things are HUGE!!!

Every day for 40 days he got a reminder of how much he is loved and valued. He appreciated reading all those letters from men that have impacted his life in one way or another. In many cases, he got to see how much his life has impacted those men. It was touching to see all of that.

Going scuba diving gave him the chance to do something he loves and I got to watch him without getting wet! {I don’t dive.} It was an amazing day for an amazing man!

Now I’m just waiting for my WIFE OF THE YEAR gift to come in the mail. {I kid! I kid!  Well…maybe…} 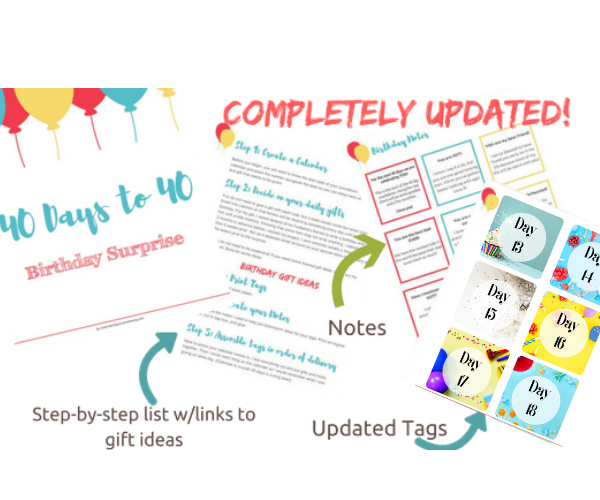 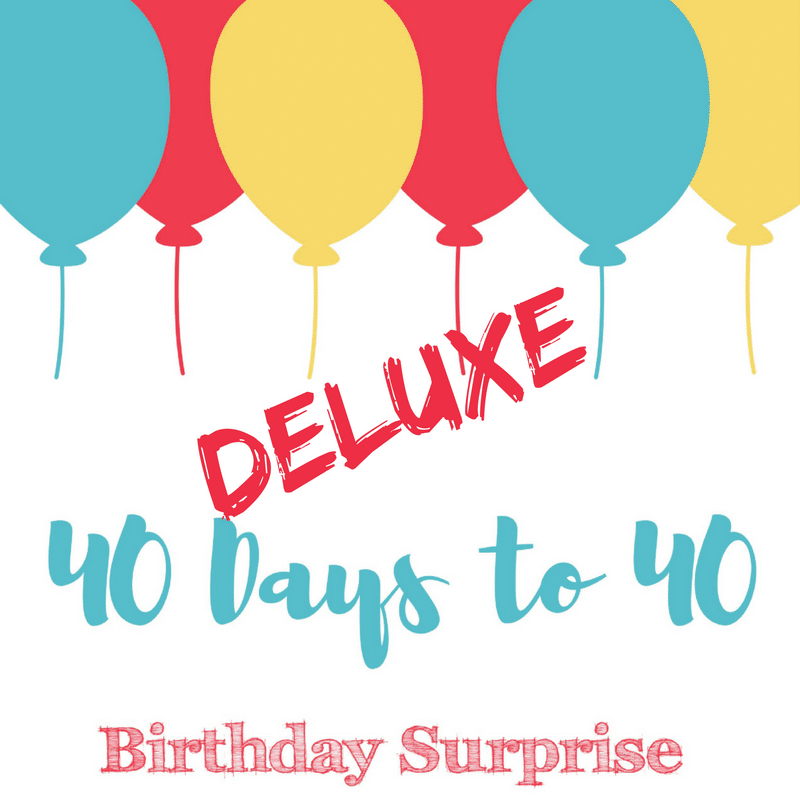 No time to put all the pieces together?  No worries! I’ve done it for you!!

Not everyone has the time to create the entire project from scratch so I created the entire kit in an 10-page pdf format plus updated tags in a separate PDF. You will received them both in a zip file that you can download immediately after purchase.  You will find all the tags #1-40 PLUS a set of blank tags if you wanted to add days. I’ve included my preparation steps along, notes for tags, birthday gift ideas, candy name website, and the candy board image.

Get the Deluxe Birthday Kit! 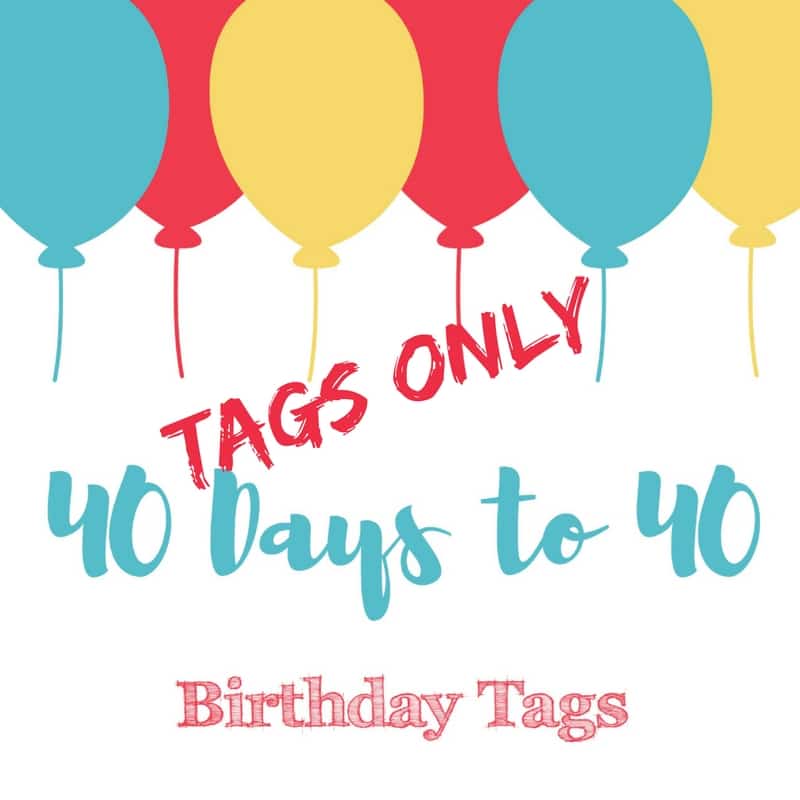 You may not want the entire deluxe kit. I have recently created several options of tag colors. You can find them all in my ETSY store.

Get the Tags at ETSY!